Motherhood is the most cherished and treasured journey of most of the women. Not only does motherhood reinvent their own self and also brings about a great transformation in their lives. Women then weigh all their decisions and choices based on the welfare of their child. A baby shower party showers the mother with gifts and for preparing her for the journey ahead. A party for a baby shower is, therefore, a grand celebration where people bless both the birthing child and the expectant mother. Family members and friends pamper the mother along with holding grand feasts to celebrate the ‘first showing’ of the baby.

What is a baby shower?

The term ‘baby shower’ means showering the baby and the expectant mother with gifts and best wishes. Through this party, the pregnancy of the mother is celebrated within the circle of friends and family members. The mother constantly remains the center of attention of the party. Baby shower parties usually see the exchange of gifts and pleasantries. These parties also engage people in themed games, made extra grand by hiring one of the baby shower halls for a day. A party for baby shower usually saw women invitees until a few years back which has now drastically changed. Women now want to celebrate their first steps to motherhood with their dear people, regardless of the gender of the guest. Songs and dance sequences are held for entertaining the mother and to sing praises for her and the child.

A baby shower party in India involves fun games and interactive sessions with the invited guests and family members. The mother expects these people to explain the roles they would play in the upbringing of the expectant child. These roles are explained through dance numbers, live music performances, and skits which are organized in venues for baby shower. Besides parents, future aunts and uncles of the baby, along with the to-be cousins and grandparents are also equally excited. A baby shower party is, therefore, an all-inclusive party to invite everybody in welcoming the newest member in their lives. A party for a baby shower is the best possible way to celebrate a woman’s pregnancy with her loved ones.

Why should you have a baby shower party?

Well, baby shower parties are both exciting and productive as well. Not only does a party of this kind make the parents less anxious, but it also helps them to relax. Parties such as this help the parents contemplate their future journey as parents and make them less overwhelmed. Babies need quite a lot of things during their growing up years. Organizing a party in one of the baby shower party venues give the parents a lot to prepare for their baby. Raising a baby requires a lot of necessities. And when the family and friends of the parents step up to the role, gifts become extra special. This gesture also makes the to-be parents feel assured and safe, that their friends and family have their backs covered. Besides, parties are the best ways to cheer up the tensed up couple through gifts and pampering.

Who are the ones to host a baby shower party?

There is no stipulated custom or rule per se as to who can throw a baby shower party. Anybody who is excited about the birthing baby and willing to take all the pains to organize one can throw a party. You can plan the party along with other willing people and turn it into one big celebration. Or you can let the parents have as many baby showers as they want. There is no rule of thumb as to how many baby shower parties you can have or who throws the party. Anyone from the new mommy-to-be best friends, the relatives, the neighbors, and the work colleagues can plan the party. Even friends from the expectant daddy’s side too can host the party. As long as it is a grand party and the calling of festivities, the question of ‘who’ doesn’t matter much.

Even some expectant mothers host and organize their own baby showers. Is such is the case, you can have your best friend or your relative to send out the invites. If they collect the RSVPs for the invites, that way guests won’t get a hint of who the planner was.

When should you have the baby shower party?

Well, you should never wait for a said day to start celebrating. You can throw the baby shower party as soon as your best friend or your sister finds out about her pregnancy or at least start planning the party. You can also organize the party early in the second trimester of the pregnancy itself, rather than waiting right up to the opportune time of the third trimester. Planning the baby shower early has its own advantages.

Who can you invite for the baby shower?

Baby showers are to be enjoyed with close people. These parties are not the ones where make the list the long one, inviting everyone on the go. The idea of a baby shower party is to not intimidate the mommy-to-be with a hall full of guests. Instead, baby showers are celebrated to ease up the mother and to comfort her. You should make sure that only the closest friends, relatives, and a few girlfriends are invited to the party. Fewer people make a baby shower a truly memorable experience.

Party for a Baby Shower

Planning a party for a baby shower can be quite a handful. Therefore, we at Sloshout are here to make your baby shower party the most exciting and the memorable one. Whether the party is for your first, second or third child, you should not cut down on your baby shower party. They should be celebrated with the same intensity and enthusiasm every time because these are the parties you cherish for life. Baby shower parties mark the journey of parenthood and hence, you should leave no stones unturned to make it a pompous show. And since the party is to make the mommy-to-be feel special, it is important to tend to all the requirements of the party.

How to plan a party for a baby shower with Sloshout?

In case you have been looking up the keywords ‘party places near me for baby shower’, ‘venues for baby shower near me’ or ‘cheap party places near me for baby showers’, well then; congratulations. You have just landed in the right place. Sloshout is the best online party booking platform in the entire country. With larger than life party venues, sincere and punctual services and professionalism, Sloshout has made party planning an easy and affordable affair. Now save yourself from the effort of looking through hundreds of websites to collect information on baby shower party venues. The baby shower party locations and the baby shower tea party places are well distributed throughout the city. This means that you can find party places for a baby shower in any corner of the city. Save the mommy-to-be from the stress of traveling to faraway places for her treat.

So, get in touch with us today and enquire more about the booking procedure, the deals and the discounts on offer. An early response gives you a chance to book your favorite venue at the best possible deal. You can also plan the baby shower party way ahead of the time to make sure that we have covered every detail of the party.

Choose Sloshout as your ally in hosting your baby shower party and give us the opportunity to make your party a memorable one in your life. For more call us at (+91) 8588826881 or start by customizing your party on the ‘Plan your Party’ tab. 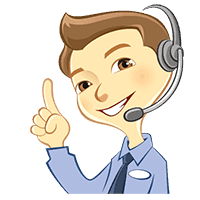